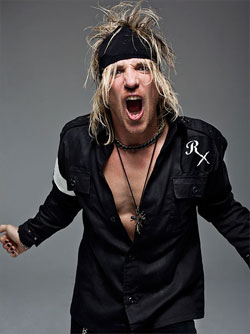 Kevin and owner of Rock My House Music Center is a professional drummer with over twenty years experience recording, playing and touring in bands. In the early nineties Kevin was nominated drummer of the year for the 1991 Ottawa Music Awards. By the mid nineties Kevin was in a band that hit the Billboard charts and were supported by videos aired on Musique Plus and Much Music. Kevin is a graduate from Recording Arts Canada where he received a diploma in Audio Engineering and Sound Recording. 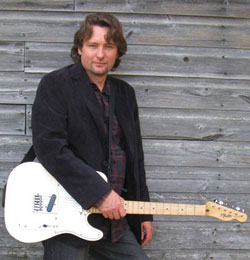 Hailing from just outside the small town of South Mountain, Ontario (Near Ottawa), Canada, Cory M. Coons has been writing, recording and performing music professionally for over 15 years. Formerly the frontman for the retro-rocking Tycoons, Cory now continues to perform as a Solo Recording Artist and Songwriter, and has just become a 2014 "Los Angeles Music Awards" recipient of the prestigious Producer's Choice for "Studio Album Of The Year" for his latest Independent Cd "Share A Little Time". His nominations in 2014 also include "Male Singer/Songwriter" and "Record Of The Year". Cory was one of six artists to showcase at the 2014 Los Angeles Music Awards Nomination Night and Voting Party at The Whisky A Go-Go this past Sept 25th, and received his award on Nov 12th at the Avalon Theater in Hollywood. With the release of the new E.p comes new songs produced by Multi-Gold & Platinum Veteran Music Producer Ron Nevison (Heart, Bad Company, Damn Yankees, Survivor, Styx, Night Ranger), with Grammy Award Winning Programmer/Arranger Jeff Bova and Tim Pierce (Top L.A. Session Guitarist). Cory's influences are a collection of various genres like Melodic Rock and Roots-Rock, occasionally blended with Crossover-Country. He is a respected Freelance Guitar Instructor in the local St. Lawrence Seaway Valley and at Rock My House Music Centre in Kemptville, ON. Cory has opened and performed alongside such treasured National Canadian Artists like April Wine, Kim Mitchell, Glass Tiger, David Wilcox & Prairie Oyster. With diverse commercial rock melodies, blended with a tasteful, rootsy style, the well rounded musicianship of Cory M. Coons makes him a uniquely talented Canadian Recording Artist! 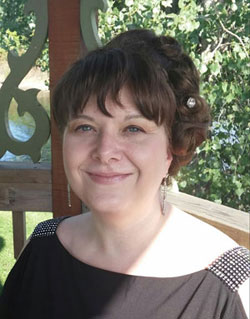 Margaret has called the Morrisburg, Ontario area home for most of her life. She began studying piano at age 7 and went on to receive her Bachelor of Music degree from Queen's University. She has been a private piano, vocal and theory instructor for over 25 years and a liturgical organist/pianist/choir director since age 11. While at Queen's she was a member of the a capella Chamber Singers group. After graduation, she began vocal lessons with Barbara Ross in Ottawa and has recently had opera coaching with Alex Fleuriau-Chateau. She has been Accompanist/Interim Director and Soloist for the Seaway Valley Singers, a 50-voice community choir, since 1992, and has been a member of the Renaissance Voices, a costumed, 12-voice a capella group(active from 1995-98). For the past 5 years, she has worked in the Music Theatre Performance Program at St. Lawrence College, in Brockville as an accompanist and vocal repertoire coach! She has performed at the Brockville Arts Centre as a soloist in many concerts...as orchestral pianist for shows, as accompanist to, and under the direction of Christopher Coyea, internationally-known operatic tenor. There have been several occasions when she sang in a quartet which included Christopher Coyea and Alex Fleuriau-Chateau, and accompanied them for concert presentations for the St.Lawrence Shakespeare Festival. Margaret's lessons focus on good technique, proper performance practice, including blocking and stage presence. Lessons are specifically designed for each individual student's needs, from 4 to 92!! 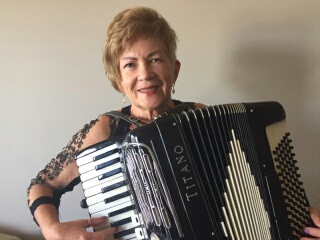 Born in Ukraine, Iryna taught music in Belarus most of her life. A certified teacher for 32 years, Iryna's extensive educational background and patient and encouraging approach has made her a popular music teacher. Iryna studied music at the Belarussian State University and has worked in Gomel State Pedagogical College as a professor of music specializing in accordion. Presently her teaching involves a combination of accordion, and piano. The basic principle of Iryna's teaching is to customize the lessons according to the student's needs. She explains the best possible ways to perform, and after the musical goal is set, Iryna shows the ways to obtain the desired results – normally involving concerts, talent shows, exams, competitions etc. to every student.

Chris brings 30 years of guitar playing experience with the aim of sharing his wisdom and passion with others. He is comfortable in a variety of styles from Blues and Classic Rock to Modern. Chris has shared the stage with many talented artists and had the pleasure to tour and record with Canadian Idol winner Aaron Walpole, opening for names like Colin James, Alannah Myles and Bare Naked Ladies. In his lessons, Chris strives to find his student's passions and cultivate them. All lessons will include his creative approach to learning; scales, modes, efficiency picking, music theory, improvisation and fundamentals in all genres. 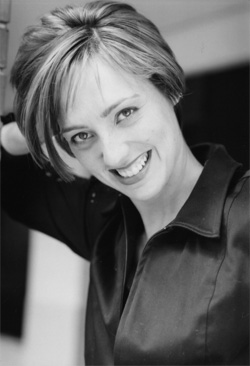 New to the Kemptville area, Beverly moved here with her family in September of 2017. Beverly is a Canadian Mezzo-Soprano. She studied at the University of Calgary and received her Master of Music Degree in Opera from the University of British Columbia. She has had the privilege of studying with Baritones Gary Relyea and Peter Barza, as well as Mezzo-Sopranos Judith Forst and Gabrielle Lavigne.

Throughout her career Beverly McArthur has been praised for her rich voice and excellent character portrayals. She is equally comfortable with musical theatre, opera, and the concert stage. Her love of the stage began through musical theatre and dramatic productions. These experiences led to studying opera, a field which requires a singer to navigate technical passages, create beautiful line and dramatic color, and develop good breath control. All qualities that would benefit a singer of any musical style.

Beverly sang Small Ensemble and Chorus work with both Calgary and Vancouver Operas. She has workshopped newly written operas. Beverly sang with the Opera Touring Ensemble of Vancouver Opera and received her professional debut with that company as Wowkle in LA FANCIULLA DEL WEST and then followed up with Berta in IL BARBIERE DI SIVIGLIA. She won a place in the young artist program of L'Opéra de Montréal. Here she sang Clotilde in NORMA, Zinnia in L'ÉTOILE, and Mrs. Grose in the studio version of THE TURN OF THE SCREW.

Beverly has sung concerts and opera in Canada, Italy, Germany, The Czech Republic and The Bahamas.